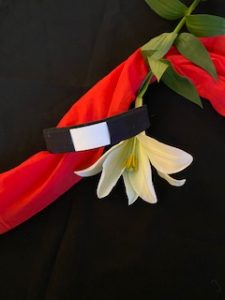 This week has seen me conduct two funerals on two consecutive mornings. At each of these services, the chosen Biblical reading was from the Old Testament Book of Ecclesiastes. The third chapter is familiar to so many people as it speak of there being a time for everything. Older readers will also remember the Pete Seager song ‘Turn, turn, turn’, which he apparently wrote in 15 minutes because he was mad at his publisher!

Whenever I read this excerpt from the Old Testament, I am reminded of the verse that was given to me as ‘advice’ when I moved on from my first post as a teacher. The headteacher of the school I was leaving told me I needed to remember when to speak and when to remain silent. In other words, he didn’t like the fact that this young upstart of a teacher had dared to raise uncomfortable questions in his staff meetings!

Needless to say, I didn’t heed his advice! I’ve spent my entire career, both in education and more recently, within the church, speaking out about those issues which, in my humble opinion, I’ve perceived to be just wrong, or have found to be lacking.

I’ve always believed that if you want to see things change then you need to speak out and do something about it. It is no good saying nothing!

Of course, I am well aware of the times when silence speaks volumes, but that is not what I’m referring to here. I’m talking about the fact that we need to speak out about those things which we don’t feel are right.

I actually think I’ve become more outspoken over the years and more willing to face up to people, no matter who they are.

I’ve also encouraged my staff to do the same when I was a headteacher, and also the children in my care in school; I’ve given the same advice to my own children: to speak out, to question, even when it is difficult to do so.

Edmond Burke wrote in 1770 ‘the only thing necessary for the triumph of evil is for good men to do nothing’. In other words:  ‘bad things happen when good people do nothing’.

So if you see something that needs to change and you have something to say about it, be brave and say it!