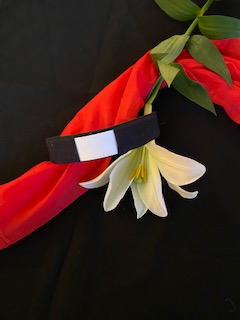 Why ‘Secrets Behind the Collar’?

It is the story of how I’ve dealt with the secret trauma of my childhood after so many years. It is interspersed with my own poetry which illustrates the journey I’ve travelled over 2020.

My hope and prayer is that these pages will help others to think about sharing their own painful truths and subsequently release the pain and suffering of so many years of holding them in. I have already found this to be the case with some I’ve shared my story with.

Some of us have just learned how to survive

It’s in our genes, cemented by events of our childhood and teens

Our life has been shaped by the wills of others

A stranger, so called friends, our fathers, our mothers

We can’t ever say the details out loud

Make it real, make us feel

the hurt and the shame, the feeling of blame

That we know isn’t ours and doesn’t make sense

We can’t say the words, they would cause offence

To our ears and to any others who hear

Of the life we have spent, living in fear.

Some of us have learned just how to survive

We’ve had years of practice of saying ‘I’m fine’

When deep down inside we are treading a line between

Self-loathing for what we know we have done

and anger at those who made us what we’ve become

Filled with self doubt and feeling unworthy

Because still, we feel dirty

From the hands that mauled and did unspeakable things

Turned them all into nightmares, terrors and panics

Fragments of things we don’t want to recall

Things we’d rather not remember at all.

We survive and we learn how to smile outwardly,

Suppressing our thoughts so we’re not depressing

others, because who really wants to hear, to know

The memories of the reality

of what was done,

when we were too weak to fight.

The man that took us without our will

Too young to understand, to frightened to tell.

And so we hid it all in a box,

Hoping there would never be a day

when it forced its way out

Inwardly scream, at a man we know we can’t ever name

Who’s actions have scarred us, made us never the same

When fear overwhelms us and panic sets in

We run, we hide

We push ourselves to our limits and so we survive.