As a young teenager I became increasingly involved in activities at my Parish Church. I am what is often referred to as a ‘Cradle Anglican’. I’ve been going to church since birth. It’s true that there was a significant amount of time when my mum didn’t take me, particularly when we lived in Audenshaw and then in Kirkby-in-Ashfield (the fourth of the seven houses I would live in before the age of 10)

On our return to the Stockport area, I returned to the local Parish Church and progressed from the Sunday School and to become a member of the church choir. I loved to sing. I still do. It was a good and well-established choir with a decent teenage contingency. There were limited places teenagers could go in the 1970s, or activities to be involved with, so Thursday night Choir Practice became a great social event for us. As a group we decided to join the church Amateur Dramatic Society. Initially we were all signed up for the Chorus in the Pantomimes, but as my voice grew in strength, I decided to audition for a small part. I was thrilled when I was successful. It was at this stage that my dad decided that he too wanted to be in pantomime and auditioned and secured the role as the Pantomime Dame. Mum was not happy at all. She supported us both, but she wasn’t happy, I could see that.

It would be a couple of years later before I discovered the reason behind her unhappiness, although, in retrospect, I should have spotted the signs. I should have noticed how dad turned on the charm offensive with all the women in the cast. Instead, I just recall the deep hurt he caused me one night whilst chatting up one woman of the cast in particular. They were standing in the corridor adjacent to the stage and he was showering her with compliments for her acting and singing. He obviously didn’t realise that I was within hearing distance and therefore heard him quite clearly tell her:

“Our Lynn thinks she can sing, but she can’t sing for toffee.”

I was so humiliated. So embarrassed. Part of me curled up and died inside. My self-confidence dropped through the floor. How could my dad say this about his own daughter? Did he really think so little of my ability? How could I ever look this woman in the eye again?

I never challenged him about it. I was too hurt. I couldn’t.

What I did do was to spend years trying to make him proud enough of me to say something positive that would take back that hurt.

I would eventually take singing lessons with a tutor from the Royal Northern College of Music, and under her careful teaching, enter and win several prestigious competitions within Singing Festivals around the North West. All the time, though, all I wanted was my dad’s approval and for him to say that he was proud of me. I went on to take leading roles in concert and on stage. Sadly these came to an abrupt end in the late 1980s when the conductor of the opera chorus I was singing with made advances and sexually assaulted me. He asked to meet with me one evening to talk about the singing roles for the next season and which might be the best for me. I didn’t suspect anything amiss until he made it very clear by his words and his actions that he would only give me principal singing roles if I slept with him. I was shocked. I told him that I was not going to do that, which resulted in my not being offered any more major singing parts…

Did I have something tattooed on my head say “Cheap”, “Worthless”, “Damaged”, “Help yourself”?

I didn’t realise it at the time, but I’d just joined a group, which would not come to serious public notice for some years to come. 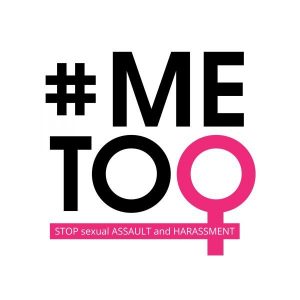